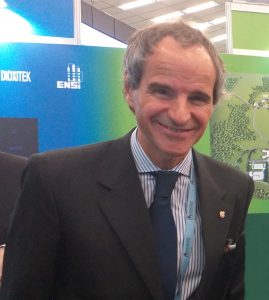 On October 29, Argentine Ambassador Rafael Mariano Grossi has been elected by the Board of Governors of the International Atomic Energy Agency (IAEA) as the new Director General (DG) of the IAEA.

Ambassador Grossi has extensive professional experience in nonproliferation and disarmament and he will be the IAEA’s sixth DG since it was founded in 1957.

ABACC congratulates the Ambassador Grossi and wishes him all success in his mandate.